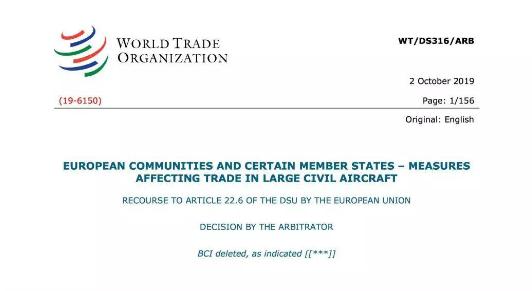 The WTO case involved government support from Britain, France, Germany and Spain to aircraft manufacturer Airbus. The U.S. said that European countries had provided unfair subsidies to Airbus that were barred under existing trade agreements. The U.S. first requested discussions over the issue at the WTO in 2004. At the time, it said that the subsidies let Airbus sell civil aircraft at a lower price than U.S. competitor Boeing.
After the announcement, U.S. Trade Representative Robert Lighthizer said, For years, Europe has been providing massive subsidies to Airbus that have seriously injured the U.S. aerospace industry and our workers.
The United States plans to impose a 10 percent tariff on European-built civil aircraft. It also will place a 25 percent tariff on a number of popular European products, including Scotch and Irish whiskies, clothes, tools and food.
The office of the U.S. Trade Representative said it plans to open talks with the EU aimed at resolving this issue in a way that will benefit American workers.
The WTO also found that the U.S. provided barred subsidies to Boeing. A ruling on what tariffs the European Union might place on U.S. goods is expected next year.
Wednesday's decision is final and cannot be appealed.
I'm Mario Ritter Jr.