U.S. gymnast Simone Biles is continuing to make history with her jaw-dropping feats. Ms Biles won her sixth U.S. Gymnastics Championships this week, becoming only the second woman to accomplish this. This record was first set 67 years ago. The victory was also Biles' 20th consecutive, all-round major tournament win, dating back to 2013. However, it was her performances that further etched her name into the record books. On Saturday, Biles became the first gymnast to land a double twisting, double somersault beam dismount, bringing roars of delight from spectators. She topped that a day later by becoming the first woman to land a triple-double (three twists and two flips) on the floor. 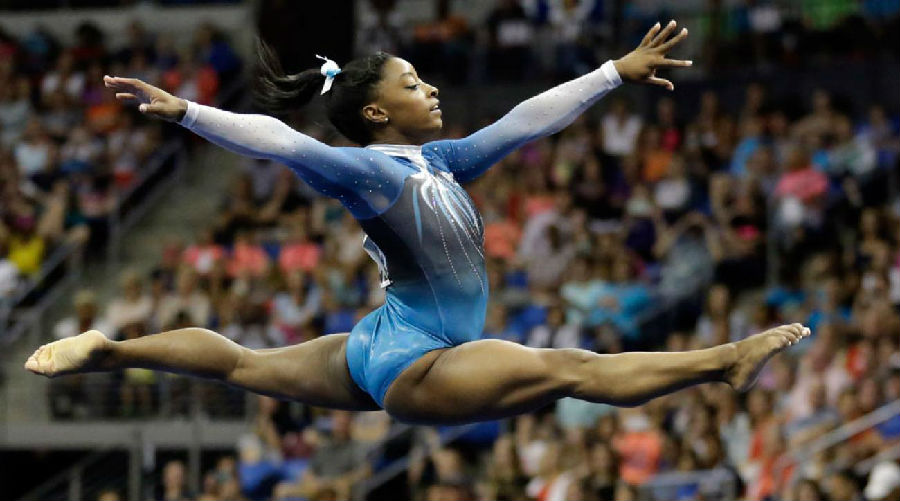 The 22-year-old Biles displayed her customary post-competition modesty. Rather than celebrate her achievements, she expressed her frustration at her mistakes. She told reporters she felt disappointed while falling after the triple-double. She said: "As soon as I fell on the floor, I was like, 'That's it, I'm scratching the meet. I'm walking off the floor.'" Ever the perfectionist, she added: "I still get really frustrated because I know...how well I can do, so I just want to do the best routine for the audience and for myself out here." The plaudits came flooding in following her performances. Former gymnast Nastia Liukin tweeted: "Simone's got enough gold medals at home, someone give this girl a crown."