Breaking news tonight on the $250 million defamation lawsuit that was filed by Covington Catholic Student Nicholas Sandmann against the Washington Post to federal judges has just issued a ruling. Chief Breaking News Correspondent Trace Gallagher got THE STORY for us tonight. Trace? And Martha, the breaking news is that lawsuit has been dismissed. In the lawsuit and in court, the attorneys for Nick Sandmann argued that The Washington Post ignore journalistic standards and bullied the teen by "publishing a series of false and defamatory print and online articles which effectively provided a worldwide megaphone to smear a young boy who was in its view an acceptable casualty in their war against the President." But federal judge William Bertelsman appointed by Jimmy Carter dismissed the case saying the accusations were not supported by the plain language of The Washington Post article. The judge went on to say, when it comes to modern libel laws, there are many defenses, even in the case of defamatory statements. 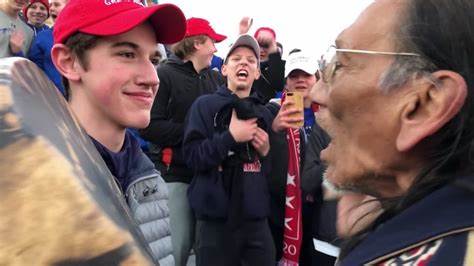 Remember, Nick Sandmann was widely vilified after cell phone video clip showed him staring down Native American Nathan Phillips. But the full video clearly shows that Sandmann and his Covington High School classmates were not the instigators. But Judge Bertelsman says, it appears Nathan Phillips felt he was being blocked by the students and his opinion, the judge wrote, "he -- meaning Mr. Phillips, passed those conclusions onto The Post. They may have been erroneous, but as discussed above, they are an option protected by the First Amendment. And The post is not liable for publishing those opinions." Nick Sandmann's father release this statement about the dismissal. Quoting, "If what was done to Nicholas is not legally actionable, then no one is safe." Sandmann's lawyers also wrote, quote, "The law must protect innocent minors targeted by journalists publishing click-bait sensationalized news." The attorneys are also planning to appeal the decision, lawsuits against CNN and NBC are still pending, Martha. Yeah, that one was far from over, I think. Trace, thank you very much.