America is leading the world in the reduction of energy-related emissions. I mean, that's a great story. It's one that we ought to be parroting and talking about and being quite proud of. So Thursday, when we had the great tribute to America and American military, one of those stories is about American energy and the freedom that's being delivered around the globe by American LNG in particular. Well, that has been a great story. There's no doubt about that. You know, the critics as I mentioned would talk about the rollback of these regulations, also EPA data shows an increase in fine particulate matter, emissions like smoke from the combustion of coal and oil since President Trump took office. What would your response be to those who point to that? Well, number one, I think they're wrong in their numbers. So when you look at what's happening around the world -- But that's EPA data. -- you may -- you may see that from the Europeans from the standpoint of what they're doing from the standpoint of the increases in particulate matter, but I don't find that to be the fact here in the United States. I think we're removing those older inefficient power plants. I'll give you a good example. In the State of Texas, when I was the governor, NOx emissions went down 60 percent. SOx, the sulfur dioxide emissions went down by 50 percent. We had an almost 20 percent reduction of carbon dioxide. So the fact is that as we put more old inefficient plants offline and replace them with liquefied natural gas, with gas plants basically, you're gonna see a continual reduction of emissions and particulate matter. 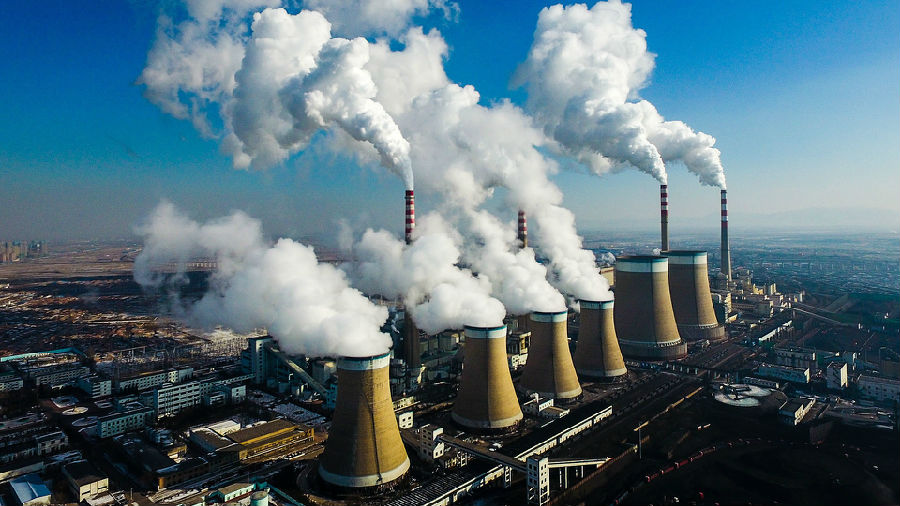 Just last question for you with regard to climate change. 62 percent of Americans believe that global warming is caused by human activity. Do you agree with that? Well, listen, the climate is changing. There's not any doubt about that. We can have our arguments about is it happening for this reason or that. Here's what I think we all agree on that we need to live in a world that has cleaner air and America and American natural gas, American innovation, that's what is going to change the world from the standpoint of having clean air. So America is leading on that. This president's leading on that. And you know, regardless of what your politics are, you ought to celebrate the victories that the United States is having when it comes to the environment. One last quick one. In April, there were a bunch of stories that said that you were thinking of leaving the agency. What do you say about that? I'm still standing. Are you gonna be there for the remainder of this term and into the next if the President wants to keep you there? If the president wants to keep me here, I've got a pretty good idea. I'm gonna be standing and doing my work and continue to work with him and continue to work for the American people to really drive the energy economy in this country. All right, well, great to see you tonight, Secretary Perry. Thanks, Martha. I hope you'll come back soon. Thank you very much. You're welcome. You bet.