Let's look at this Gallup poll on U.S. pride which was also, which was kind of depressing which shows that the patriotism is on the decline in the United States. What do you attribute that to? I think these things go in waves. Right now, the country is pretty divided. We're not at war. It's peace. People start to think about smaller things like the military parade and being offended by that. But I think in general this country is very patriotic. Maybe people have different belief of what is patriotism is. But you know, the first thing that happens when this country suffers in any way from a disease, from an attack, and anything that we can rally around, that will go right back up to the healthy 70 percent. Well, you have gotten to a point where people who are against the president equate him with the flag. Right. And so, anything -- you know, that's the bottom line, I think. And I don't think conservatives felt that way during the Obama years. I think conservatives have always had a very high level of patriotism. Yeah. It's usually the people on the left that dip and flow depending on who is in the White House. 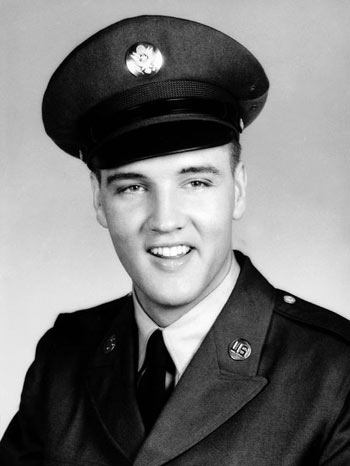 Do you know who was very patriotic? Elvis Presley. The king. He served the country. He was the king. And now they are trying to cast the role -- Yeah. -- of Elvis in the movie. It's a Baz Luhrmann production. And so, they're looking at several actors. Let's put them up on the screen and let's see who you think -- which one do you think it's gonna be? I don't know who any of these guys -- Can you name Miles Teller in the middle. OK. Harry -- you know - Harry -- Harry Styles. Styles. Right. Thank you. He is a singer, I think. He is on the left. OK. Who is on the far left here? Who is on -- I don't know who that guy is. OK. Let's put up our other idea. The other person that we thought might make it. That's just because of the hair. You kind of look a little Elvis-ish. I can't dance like him. That's what I said on our meeting today. I said Jesse is Elvis-ish. Not quite Elvisy but Elvish-ish. Hopefully not the older Elvis. Hopefully the younger Elvis when he was trim and could actually carry a tune. I don't know, I think he could rock that white suit too. Listen, a little expensive. I'll call wardrobe right now. I think Miles Teller would be a good choice but Harry Styles might be the one. He was in Dunkirk and it was pretty good. OK. And he can actually act. Jesse, thank you. Thank you, Martha. Great to see you on a Tuesday. All right.